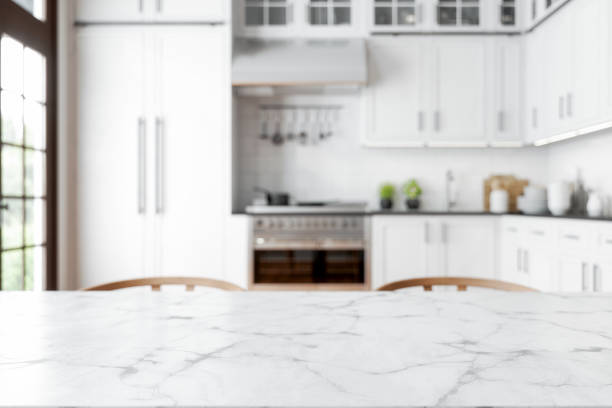 Marble Benchtop: If you are not looking for a cheap kitchen benchtop and want to make the statement, then you need a marble benchtop. Marble is one of the expensive materials for kitchen benchtops. The marble offers elegance and class to your kitchen benchtop. Marble is also a durable material, once installed you don’t have to worry about replacement. The only problem with marble is that it needs proper maintenance and polishing to maintain its look. If you are not short on budget and wants to have a benchtop that can catch anyone eyes, then you should be going for a marble benchtop.